So a few weeks ago I was browsing for random things on Amazon, like I do on most of my Friday nights, when I stumbled on the Rust-Oleum Aged Glaze for the first time ever. I think it’s actually been out for a while now, but somehow I’ve never seen it. Apparently I’ve been living under a rock or something, I don’t know. But I was really interested to try it out, so I promptly ordered myself a can and I just used it to antique an old wooden chair. I was actually pleasantly surprised by this glaze and thought several of my chalk-painting buddies in the group would be interested to learn about it as well. So today I’m sharing a little review/tutorial with you lovely folks!

The purpose of this glaze is to basically give an antique/ vintage look to any chalk painted piece. Apparently it works on lots of different surfaces and there is even a Smoked Glaze option available too. The directions say to brush it on, then wipe off with a clean rag. Sounds easy enough, right?

I started with this vintage chair that I found recently for just a few bucks. I painted it with two coats of the Magnolia Home Chalk Paint in white and let it sit overnight so the paint had a chance to cure. Then I distressed the edges and legs with a low grit sandpaper. Here’s how the chair looked before I started with the glaze:

I simply used an old paint brush to apply the glaze to this chair. I worked in sections and found that it went on pretty quickly. This glaze actually reminded me a lot of using stain, but only a thicker version. The consistency is not nearly as watery as a stain, but it’s also not thick like a paint.

I was a little nervous at this point because I thought the glaze was going to make the chair super dark, but I wiped off the excess with an old dish rag and it lightened up significantly.

Pretty cool, right?! I have to say, I was really impressed with this stuff. It reminded me of using a wax product, like the Annie Sloan dark wax, but this was MUCH easier to work with. And since it’s not as heavy as wax, it was easier to move around for even coverage. It’s semi-transparent too, which is great because it didn’t drastically darken the color of my chair. And a little went a LONG way. Once I got the hang of it I realized that I only need a little glaze to get the look I was going for.

I can’t believe I haven’t tried this antique glaze before. Have you?? It’s definitely going to be something I keep in my paint cabinet and reach for all the time. I love how easy it was to use and I think the chair looks pretty darn great now. The wood definitely has an antique, aged finish and I love that it isn’t too dark, which usually happens when I use any type of dark wax. I was also able to get even coverage, with no blotchy areas. The only thing I don’t completely love is that the chair seemed to yellow slightly after the glaze had dried for several hours. It was just a slight yellow tint, so nothing super noticeable. But overall, this stuff gets an A from me!

Thanks for hanging out on the blog today. I hope you enjoyed this little review of the Rust-Oleum Aged Glaze. Here are a few other chalk painting posts you might want to check out: 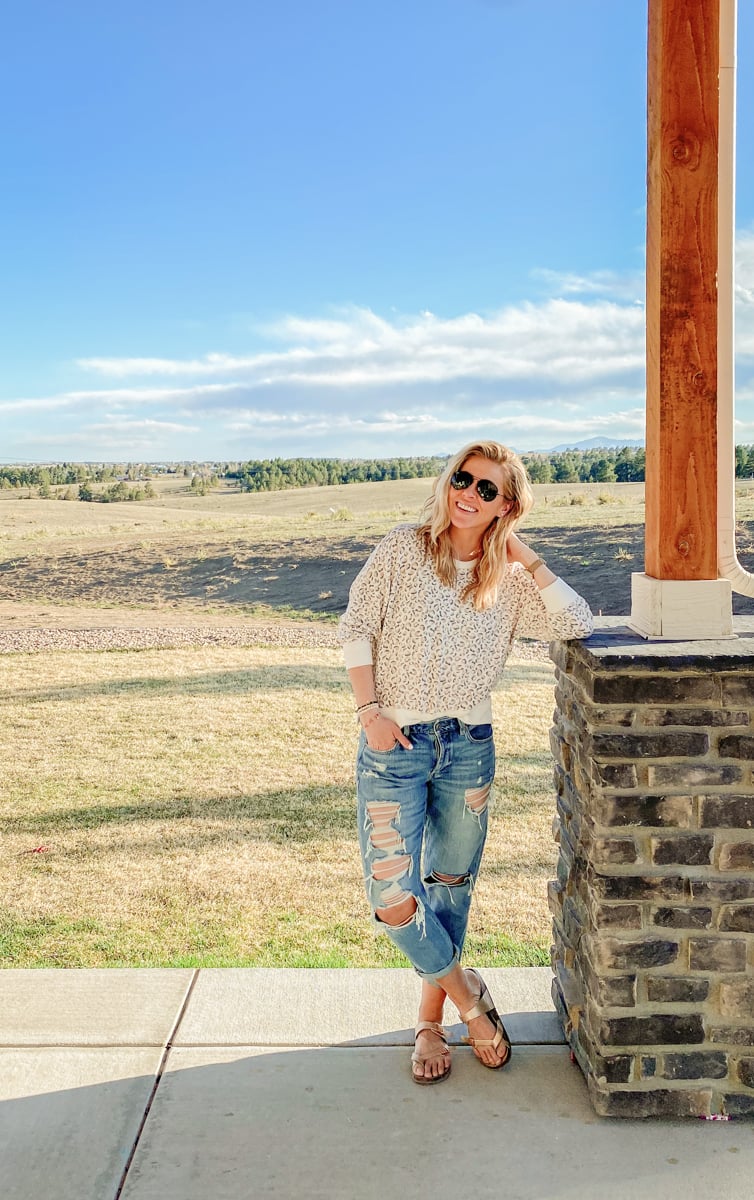 The Herringbone Wall in My Office is Painted! 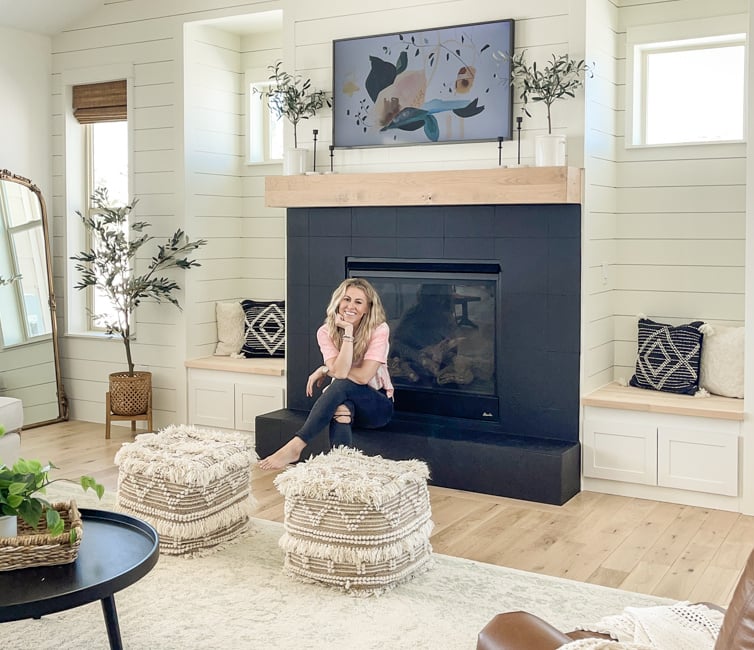 Come on into my happy little office!! 🥰🥰 Wha

Our last night at the beach + I’m feeling all th

Our 10 year old snapped this photo of us last nigh

Looking like a goober, but dang that’s a happy g

Officially in love with this hotel ✨👏🏻 Ser

Dear Colorado, I’m sorry for the things I said w